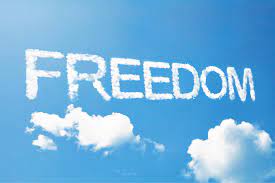 Revisiting Parliamentary Protest – Mallard Duck just couldn’t help himself grabbing that narrow window of opportunity to pilot  Nanaia Mahuta’s  ‘3 Water’s Reform’ As he used the sprinklers in Parliament to pilot the ‘3 Waters Reform’. It was an overnight disaster. A brain washing ‘No Brainer’. Proven beyond doubt, once again the bureaucrats lied. ‘3 Waters is not ‘environmentally friendly, but ‘environmentally nasty’. A water on the brainer.

On Monday I attended the Anzac Service at One Tree Hill. “Acknowledging, remembering the ‘War dead’. I thought of my grandfathers, great uncles, and uncles of mine., that were engaged in fighting in Gallipoli, First and Second world wars. How bravely, courageously they fought for our freedoms.

My Mum at the age of 16, kept the home fires burning in the second world war. She worked in an ammunitions factory, working beside her ‘ a German prisoner of War”   It’s the same sad, sad story throughout history. Bureaucrats make the wars,  people pay with their lives.    On Monday I attended the Anzac Service at One Tree Hill Auckland.

I was drawn to tears, the service really tugged at my heart strings, quietly I sat in prayer thanking them for making our freedoms possible ‘Lest We Forget’ and as the sun went down “We shall never forget”  It confirmed for me once more, there is no alternative we must fight for our freedoms. We are the living hearts and souls of those war dead, those that suffered terrible injuries.

It is up to us now, not to let the war dead die in vain.  It is our responsibility to come together in peace, love and unity to demand “No, enough is enough, we the people demand you return to us our God given rights, our civil liberties, our human rights”.

For our human dignity, our unique individual identity for our children, future generations.   Yes-ANZAC day, left me somewhat emotional”, Mother Day is not far away ‘Sunday 8th May’.  Mothers day for me is one of mixed emotions, a few giggles and a few tears. I am drawn questioning myself  “how would my dear old Mum cope with todays insane happenings”?

Would she compliant to political demands “Hell no”. Telling my Mum she’s not allowed to go meet friends at the coffee shop, would be treading on dangerous territory.   I can hear her now “Bugger off, who a hell do you think you are… if I want to go to the coffee shop, I’ll go –  You are not my maker, or creator”- Go sort your own life out,  sounds like it’s a mess”.  My Mum straight to the point.

What about the  shot in the arm?. That’s an absolute No, NO. Mum didn’t trust doctors, or hospitals. To her,  all medicines were poisons. And  she would never agree to wear a nappy around her face, after all.. she even refused to wear a gas mask in war time Britain.

Like or leave Mum, it made no difference to her. Mum was loudly opinionated,  embarrassingly so at times.  Seeing a woman in a skirt almost up to her thigh..   Mum would deliberately in her loudest voice spurt out  “Carol, look at her, lamb dressed up as mutton, you can see what she had for breakfast, lunch and dinner”  I would try to hush her voice.. “shhee Mum, she can hear you”, her response was   “I know, but Carol don’t hush me, you may be in your 60’s now, but I’m still your mother”

Mum and in later years enjoyed each others company visiting family members in England and Ireland. Dad was Irish, and Mum liked everyone to believe she too was Irish.   She knew how to dance an Irish Jig, and sing an Irish song. Often on visits to Ireland I found myself having to sleep in the same bed as my mum, because of shortage of bed space.

I found out things about my Mum I never knew before, like her loud stinky farts that nearly blew me out of bed. There was no escaping them, inside and outside the bed covers. All I could do is suffer in silence, and just pray that Mum would run out of gas, rather sooner than later.  I bravely approached the stinky subject with Mum saying “maybe she’s eating too much rich holiday food, that’s causing her fluctuance” Respectfully I did not tread on dangerous territory by describing them as “loud smelly farts”

Surprisingly mum didn’t  fiercely retaliate, she smiled, but I noticed that hint of sarcasm as she responded  “Never mind dear, its only kisses from the intestines,  showing how much your mother loves you”.  You would certainly be treading on dangerous territory if Mum saw you sneezing into your sleeve, as we are being told to.. Mum would have been horrified, sneezing is for hankies.  I can just hear her now “Look at that dirty filthy person, rubbing their snotty nose right up their  sleeve, bloody disgusting”.

And as for facial masks my Mum would not hesitate to go up to a complete stranger and ask “what’s it like burping and sneezing in your own face, wearing that nappy around your face”

Sharing my thoughts about my Mum, with an old friend the other day, we agreed ‘my mother would rather wear a pair of police handcuffs rather than a nappy around her face.  My friend laughed, saying its like this  “There’s this  condom and a face mask sitting together on a park bench-  The condom looks at the mask and says “they won’t wear you either , huh”.

Later that day I visited another old friend who was a psychotherapist in the same clinic as I worked from many years ago. I noticed the sign on the door ‘Vaccine Passes required to enter these premises’.  I ignored it and walked in, no questions asked. But couldn’t help telling her , she’d bought into the insanity, that people were seriously injured, have died after having the COVID shot.

I went onto say that this insanity has people confused, believing lies through the propaganda machine.  She looked at me, like she was a shrink. “Here we go, I could see it coming, she thought I was an anti-vaxer crazy woman. She told me she cared for me, put her arms around me. I felt I wanted to rip her arms out of her sockets, but I pulled myself together, a little voice in my head said  “firstly, do no harm”.

My friend she should taken into account that I am my mothers daughter, and she knew what my mother was like, that she could be treading on dangerous ground. Here we go, then she started  “close your eyes Carol, visualize you are on standing on a railway track and a high speed train is heading for you, what are you going to do?”

Getting back to my dear old Mum, it was a losing battle trying to argue with Mum.  She’d say “ Carol, you maybe in your 60’s, but I’m still your Mother, therefore your argument is invalid.”   Dear mum gave me two choice, take it or leave it.    I can’t help it after all I am my mothers daughter and occasionally my mum pops out of my mouth.  Mother’s never really die. My mum at times had a great deal of trouble with me, but I am sure she enjoyed it.  Mum taught me that “Fear is not an option”. My father was Irish and Mum English., however  Mum deliberately adopted my dads Irishness. She was a ‘want to be Irish’.

In your Irishness Mum, here’s a message for you –  “’Tá mé i ngrá leat”  which means I love you in Gaelic.  We are all individually unique and to Mothers born. Created as God’s children.  I find it very special when people come together in unity acknowledging that we are all special unique individual human beings. A meeting of living heart and souls, carrying our forefathers identity within each of us.

When asked “what is the solution to these extremely troubling times, I say “the bureaucrats are the problem, the people are the solution”

Without this insane, ruthless, utter  disrespect for human life we have experienced by Ardern’s Govt, we probably would never have met kindred spirits. Yes out of the bad comes the good, which gives us hope, because we are not alone as thousands in New Zealand come together in unity.

We cannot back down, there is no other alternative, it is our responsibility  for our children, future generations to keep moving forward.

To retain our human dignity, human rights and civil liberties. Yes, the solution lies with the people, we are the people.

Again I repeat these words-Mothers Day Sunday 8th May, especially for my Mum “’Tá mé i ngrá leat” – “I love you Mum” Rest In Peace.