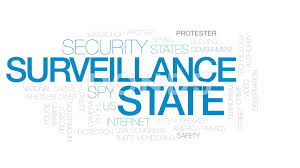 REFERENCE TO NEWS REPORT RNZ 10/11/2021……The police are using, titled ‘Consent to Assume Online Internet Identity’.
The form asks people to sign away their social media and email accounts, allowing the police to “take control of and use my internet online identities”. The Law Society and legal entities are awaiting a response from the Police Commissioner- Andrew Coster

Anyone can carry out the first kind of surveillance. We can follow someone to see where they go or find out where they live, we can observe who they visit or we can listen in when someone on the bus is talking on their phone. So long as we don’t interfere with someone’s rights (for example, their right to privacy) or otherwise break the law, those actions would be legal.

So what surveillance powers do police have generally?
Search and Surveillance Act 2012, s 46

• carry out visual surveillance of people and activity in public places (like streets and parks), even with a device used to improve vision, like a zoom lens.

Gathering and protesting with others: The right to freedom of peaceful assembly
(New Zealand Bill of Rights Act 1990, s 16;)

Here are some other potential limitations on the right to peaceful assembly:

Can the police spy on me while I’m at home, like using binoculars to look through my window?
(Search and Surveillance Act 2012, s 46)
If they don’t have a court warrant, they’re not allowed to use binoculars, a telescope, a camera with a zoom lens, or any other device that provides better than normal vision, to watch you when you’re inside your house or flat – so looking through your window would be outside their powers.
The law is different if the police are observing you while you’re outside in your back yard or anywhere else in your section – what the law calls the “curtilage” of your place, which means the immediate surroundings of the main building of your house or flat but within the boundaries of your property. If you’re anywhere in those immediate surroundings then the police can use binoculars or zoom lenses or other visual devices to watch you for up to three hours in any 24-hour period, or up to eight hours in total, for any single investigation or series of connected investigations.

Example: Surveillance of activists and the community
During 2006–2007, the police carried out a nationwide investigation of activists who were alleged to be involved in planning acts of political violence. While 20 people were arrested and charged with a range of offences, primarily firearms possession, many other people were raided

ALL REFERENCES ABOVE FROM COMMUNITY LAW NEW ZEALAND WEBSITE