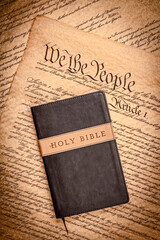 We should condemn in the strongest terms possible the attacks on Christchurchs worldwide. Starting with Nigeria where Bokom Haram one of the worst Islamic Extremist groups hack Christians to death, mudern and pillage homes and churches.  Even during the pandemic and anxiety caused people worldwide, there are reports of Nigerian Security Forces taking lives, more lives than what the reported pandemic have.

Boko Haram: The name commonly used by Nigerian and foreign media to refer to the militant Islamic group. Boko in Hausa means “Western education” or “Western influence” and haram in Arabic means “sinful” or “forbidden.”

Boko Haram, which means “Western education is a sin” in the Hausa language of northern Nigeria, seeks to impose a strict form of Sharia, or Islamic law, in northern Nigeria and end government corruption. Widespread poverty, corruption, police abuse, and longstanding impunity for a range of crimes have created a fertile ground for violent militancy in Nigeria, Human Rights Watch said.

Jama’atu Ahlus-Sunnah Lidda’Awati Wal Jihad: The formal name for Boko Haram and the name the group prefers to use when referring to itself. It means “People Committed to the Propagation of the Prophet’s Teachings and Jihad.”

New Zealand decreed Boko Haram a terrorist group just weeks before the African jihadist organisation abducted 300 schoolgirls in Nigeria, police documents reveal. It was not until two months later, in May 2014, that the United Nations followed suit – leading to speculation that New Zealand’s information may have come through the Five Eyes security alliance of which it is part. New Zealand “unilaterally” designated Boko Haram – officially Jama’atu Ahlis-Sunna Lidda’Awati Wal-Jihad – a terrorist entity in early  March 2014. The schoolgirls were captured in April in northern Nigeria, prompting the global Bring Back Our Girls campaign. New terrorist listed lon Designated Terrorist List in New Zealand

In Nigeria  a Christian is killed for their faith every two hours; that’s nearly 13 Christians a day and 372 Christians a month.