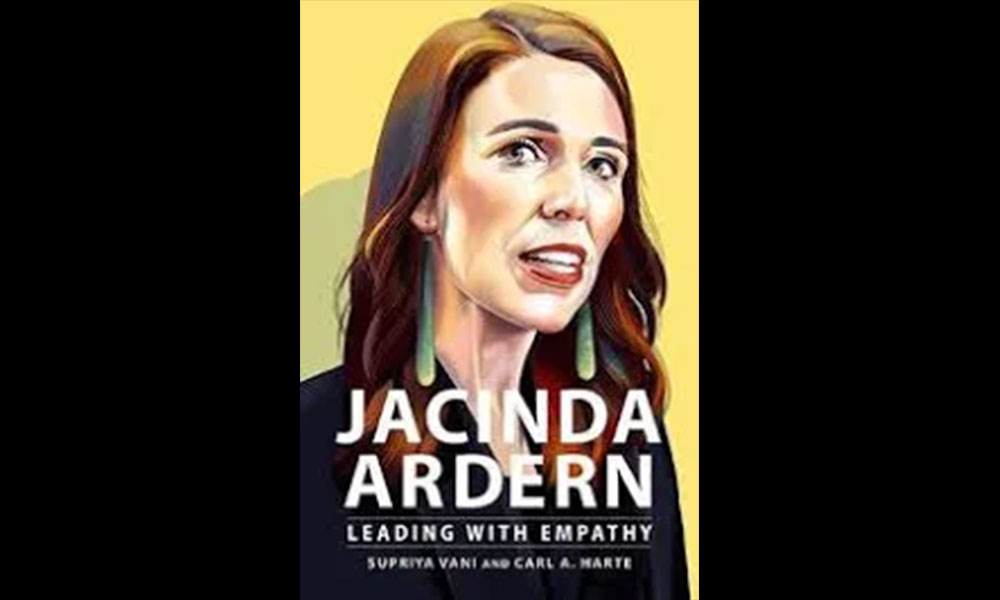 A LEGAL FICTION -LEADING WITH EMPATHY

The cover ‘Leading with Empathy’ is a Legal Fiction for a start. Although the authors document that Ardern is one of the most inspirational leaders of the 21st Century, may I add her ability is that of communicative verbal diarrhea. Her so called transparency eludes me, as secrets and lies reside under a veil of secrecy in the toilet bowl of Wellington.

Yes this maybe a leading biography as Ardern has sucked millions of people in nationally and internationally gaining a Global Hollywood Stardom , however at home in New Zealand she has smiled “Be a Team Of 5 Million’. ‘Stay in your Bubble’. Ardern gains flattery and adoring audiences whenever a Crisis arises, and oh boy we have endured several majors since Ardern became the PM of NZ.

But, really what has Jacinda Ardern and her political cronies in the toilet bowl of Wellington really done to help support New Zealanders? It’s evidence based she has told a huge amount of Legal Fiction, and has broken many promises.

I note the book ‘Leading with Empathy’ is based on interviews with Ardern herself. That says it all, she has no conscience therefore she can say or do anything without a blink of the eye, with no shame and take no blame.

Yes the books authors rightfully said she swept into office in 2017, in three months she rose from Deputy Leader to the position of Lead of the Labour Party. Perhaps the populace of New Zealand was looking for difference, well they sure got it.

Over the last 3 ½ years its NOT what she has achieved for the people of New Zealand as many voters now feel very deceived. The promises of Kiwi Build. In 2018 the public housing waiting list was 8,800 today it is approx.., 23,000 households, with 4,000 children sleeping in cars.

In 2018 Ardern publically reported that Mental Health Services were seriously failing, it would take some time to fix, guess what its going to take even more time to fix, I doubt she has even crossed the start line yet.

Sexualizing our young through the School Education System has gained UN recognition and is included in International Law. Transgenderism is being played out as a Legal Fiction not recognizing there are two sexes male and female.

Now we have X asking Y and even I am confused. I am concerned about the anxiety, depression, confusion this may course these children as they enter puberty. The harms that may be done, that may become to difficult to be undone. The emotional, mental, physical and emotional impacts on their lives.

September 2019 Jacinda Ardern presented her very first VPN UN Agenda 2030 document to the United Nations. She boasted how she was accelerating the Sustainable Global Development Goals, that are not Sustainable. A Legal Fiction.

March 2020, in the midst of the populace distraction as to the Global COVID Crisis, Ardern pulled a real fast one. She introduced one of the most cruel evil Abortion Laws in the world. Abortion up to the time of birth. Legal Sex Selection. Abortion of an unborn baby with a cleft lip or club foot. If an Abortion fails and baby is born alive. Baby can be left to die without any pain medication on the Hospital Table. At this point I will puke if I look at the cover of the referred to book again. The title is a Legal Fiction. A Blatant out and out lie.. She shows no Empathy to the most vulnerable. She appears to have NO conscience, shows NO shame, takes NO blame. I personally define Jacinda Ardern as being a very dangerous person.

Amongst all of this she introduces the Abortion Law, assisted suicide (End Of Life Choice), with its many dangerous concepts.

JACINDA ARDERN PROMOTED AS A PERSON OF EMPATHY, KINDNESS- CARING- MY PERCEPTION IS ‘GOBBLY GOOK’ AND A LEGAL FICTION